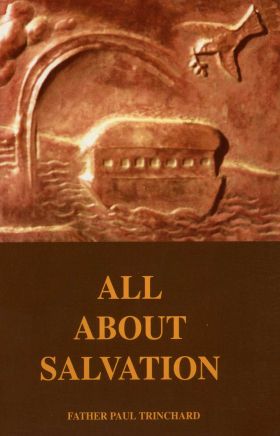 He received his Licentiate in Sacred Theology (STL) from St Louis University in 1968. Besides being a university chaplain and couuselor, he has spent many years teaching secondary physics, mathematics, and religion. He also has given numerous popular lectures on Sacred Scripture and the present condition of the Church.

Fr. Trinchard's unique, thought-provoking style found in these numerous publications Is displayed throughout this book. Fr. Trinchard continues to be a popular and enthusiastically received, deeply analytical lecturer, especially on topics covered by his books. He is the author of three other books defending the Faith against present-day attack. His first book is Apostasy Within, which explains the apostasy within the Catholic Church in America. His second, God's Word, defends the Bible against the heretical so-called "scripture scholars" who have invaded the Church in recent years. The Awesome Fatima Consecration spells out the Fatima challenge and the actual respouse it has received by the existential church of our day.

All About Salvation asks and answers the questions that all of us have about salvation. It will prove to be controversial, yet fully satisfying, for those of good will.