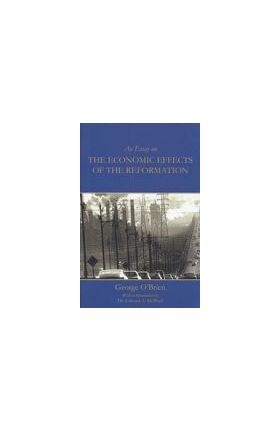 George O'Brien
In the Department of Human Affairs concerned with the economic activities of man, the old universally accepted code of justice fell into disregard, if not into ridicule; and its place was taken, on the one hand, by the theory that the only safe guide for man to follow in these affairs is his own personal interest, and, on the other hand, and partly as a reaction against this repulsive theory, that the individual has no right of initiative at all, but that his whole being must be subordinated to the welfare of the community. Both these theories would have been equally disapproved by the old, despised ethical authority of the Middle Ages, under whose régime they could not have flourished or developed; but, at the time when they arose, that old authority was no longer universally accepted, and there was no power in Europe strong enough to withstand the march of these two dangerous doctrines. The path to both Capitalism and Socialism had been opened by the Reformation.