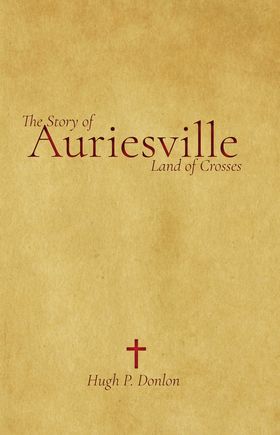 The story of Auriesville is known to every historian familiar with the beginnings of faith and civilization in the section of North America now designated as New York State. It is generally accepted that the seventeenth century happenings in the little palisaded Indian village of Ossernenon and especially the missionaries who figured in them had a direct bearing on the birth of the nation. The characters of those heroic and historic personages have been immortalized by reason of the powerful influence that was exerted through them upon the generations that followed.
Whether measured by the exacting standards of spiritual perfection that merit canonization, or by that valor and sublime devotion to humanity that distinguishes the heroes of the world, Isaac Jogues, René Goupil and John de Lalande, together with the five missioners who suffered martyrdom in Canada, stand out among the great men of all time.
The account of their lives forms a narrative that recommends itself to readers of every class. The historian finds in it epoch-making action, with profound cause and remarkable effect; the theologian views the sufferings and death of the missioners from a supernatural angle—a glorious triumph of faith over the powers of darkness. The story-teller, too, may find here adventure far more thrilling in its realism than in any plot of fiction.
With the thought in mind of presenting a brief view down these three possible perspectives, this book has been prepared. The scenes and characters of old Ossernenon have been presented in simple fashion with the object of inducing the readers to consult the writings of far more learned authorities. Their hours of research have resulted in the complete unfolding of this remarkable account. To them one must go for a full understanding and appreciation of it.
Every effort has been made to give an authentic version of the events that have led to the building of the great National Shrine. At the same time, it has been sought to avoid a mass of details that would obviously detract from a book of this style. Grateful acknowledgment is made to the Jesuit Fathers in charge of the Shrine, particularly to the Shrine Director, the Reverend Peter F. Cusick, S.J. Their kind assistance has made this work possible.