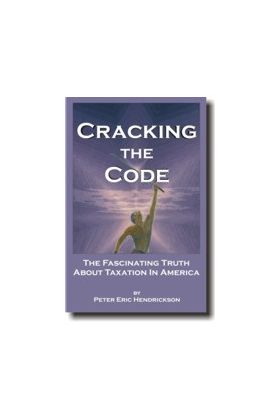 HERE'S THE LIBERATING TRUTH IN A NUTSHELL: The income tax is a benign, Constitutional tax that simply doesn't apply to the earnings of most Americans.  The tax laws themselves, scores of United States Supreme Court rulings, and every other relevant authority all acknowledge this truth in no uncertain terms.

Perhaps the most telling acknowledgement takes the form of thousands upon thousands of complete, 100% refunds of every penny withheld or paid-in in connection with the income tax—Social Security and Medicare taxes included.  These most concrete of admissions have been being made by federal and state tax authorities steadily for years and years now to those who know the liberating truth about the tax. Budget some time.  You're in for a long mind-boggle.

YOU NEED TO LEARN THIS TRUTH!  Your fellow Americans need you to learn this truth.

Learning the truth about the tax-- along with how it works, how it can be misapplied, and what can and should be done when that has happened is the only way to stop being an exploited victim of a decades-old scheme that is a national disgrace. More importantly, learning that truth transforms helpless victims into powerful, responsible, grown-up citizens of the Constitutionally-limited American republic that the Founders of this great country established for themselves and their posterity.

I say "responsible, grown-up citizens" very deliberately.  One of the key mechanisms deployed in the federal Constitution to ensure that what the Founders recognized as "a dangerous servant and terrible master" stayed within its intended limits was putting control over how much wealth the government could take directly from the citizenry entirely in the hands of each individual American.  The Constitutional design relies upon each American being a responsible grown-up and using this control to keep our servant government on the leash and obedient to the fundamental law.

This Constitutional-control mechanism remains fully intact (the 16th Amendment notwithstanding), and all income-tax-related federal and state laws conform to that mechanism and its purpose faithfully and precisely.  The only thing lacking is you doing your part.

The reason this all seems fantastic is that there has been a massive campaign of disinformation in place for decades designed to convince you that back in 1913, the American population got drunk one night and undid the Constitutional structure of strict limits on federal taxing power (and thus ALL federal power) that had brought this country to the very pinnacle of wealth and personal freedom in all of world history.  As ludicrous as it sounds when actually said, the myth declares that the elite, or the working class, or both together, somehow got it into their collective mind to unleash the junk-yard dog of government and authorize it to take anything or everything from anybody who earned it, whenever any given cabal of political hacks in Washington or a statehouse chose to do so.

"Your book is a masterpiece!"

"Thank you so much for your exquisitely documented and beautifully written Cracking the Code- "This book is a masterpiece of analysis, clarity and revelation."

"I just finished reading Cracking the Code yesterday and I must congratulate you on this fine piece of work.  I have spent several thousand hours in the law library researching these and other legal issues, and your book is a masterpiece."

Gerald Brown, Ed. D., author of Cooperative Federalism and co-author of In Their Own Words

"After reading your book, I knew that you had found the answer that everyone has been looking for."

“Thanks again for your efforts, Pete. They mean an awful lot to a lot of people.” “…as an attorney, I am humbled by your knowledge and ability in navigating the law.  THANK YOU for your hard work and sacrifice.”

Thank you for your superb work..."

After receiving CtC I read it in a day or two (every spare minute I could get).  It is the best book-- the best material-- I have read yet on the income tax issue."  "Thank you for your research and your great book..."

"Wow!!!!  I've been studying this for 10 years and haven't gotten anything as clearly as you have put it in your book.  I will be ordering more copies to put into the hands of everyone I know!!  I cannot thank you enough for your time and research."

"I am an attorney and want to give a testimonial to your book, which I find to be compelling. I am exercising these rights for myself and my adult children. I'm even considering making this my new avenue of law practice."

"Thank you for the most informative, wonderful book I have read in ages."

"I want to express my congratulations and my gratitude for such an exhaustive and thorough work as Cracking the Code".  "[I found it] extraordinarily enlightening."