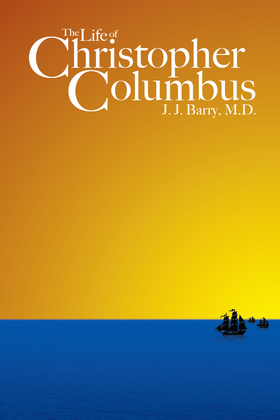 Christopher Columbus is one of the most saintly and heroic Catholic laymen in the annals of our glorious history, whose true life-story should be known by all Catholics, but especially by Catholic Americans who owe so much to him.
It is very important for Catholics to have a sense of gratitude, and to express it. Columbus Day is still, in this age of secularism and hatred of the Faith, a civil holiday; one that should be celebrated with great reverence, especially by Catholic Americans.
The true story of his life and the glories of his achievement (indeed all of the achievements of that great Catholic nation called Spain), have been under attack for a long time now by the Christ-haters, some of whom even pretend that it might be true that the people of the Americas would have been better off without Columbus’ discoveries and the subsequent events of conquest and evangelization due to his efforts. This book refutes those calumnies.
To recognize and admit that the success of the great voyages of discovery was truly due to the special designs of the providence of God and under His direct protection, was the first impulse of the heart of Columbus. His life of faith and devotion is truly inspirational.
The miraculous nature of Columbus’ life and work is the subject of this extensive biography. Here you will discover the hidden reasons and plans that propelled him on his voyage of discovery, and how God ultimately frustrated some of those plans and made others fruitful.