Home/Scripture and Commentaries/The Present Crisis of the Holy See: Tested by Prophecy
20 of 22 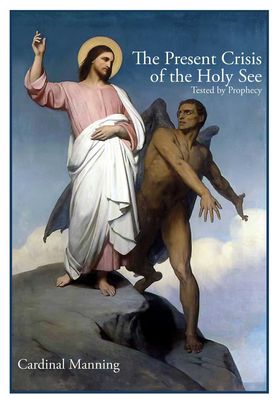 No, this book is not about current events. The book was written in 1861 by Cardinal Manning and dedicated to his good
friend John Henry Newman. It is a study of the prophecies in scripture and the comments and explanations given
by the Fathers and Doctors about the Great Apostacy and the preparation for the coming of the Antichrist. The great
Cardinal then comments on the prophecies relative to the circumstances of his times. This short but powerful treatise is
very much applicable to the 21st century as well as the mid-nineteenth.