Home/Apologetics/A Catechism of Errors
1 of 56 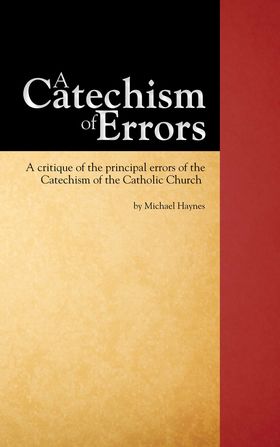 Sixty years after the Pastoral Council, that the promotional advertising told us was to usher in a new springtime for the Church, is sufficient time for the faithful to stand back and calmly observe the glorious fruits of the work of that Council. We at Loreto have done so, and many Catholics (even some who have spent years committed to implementing the principles of Vatican II) have done so as well. The historical facts appear to us to belie the promises made by Pope John XXIII and others.

As Pope John Paul II said, three of the most important fruits of the Council are: the New Liturgy and sacramental rites, the New Code of Canon Law and the New Catechism. With all of these brand new and very modern(ist?) post-Conciliar alterations in the laws and teachings of the hierarchy forced upon the faithful having had its trial of sixty years, it is now time to judge these fruits objectively. Surely, even those who have collaborated, either wholeheartedly or with reservations, in the advancement of these changes must agree that a just and prudent accounting should now be made of the blessings or curses upon the Church and the world resulting from the work of the Council.

This penetrating analysis produced by Michael Haynes under the direction of a faithful Priest, and prefaced by a faithful Shepherd, Archbishop Carlo Maria Viganó is what we hope will be a first of many groundbreaking studies of the new Catechism.

I would like warmly to recommend this thoughtful, acute and profound analysis of the ‘New Catechism’ to the reader. It is my hope that it will be diffused as widely as possible.
In the present ecclesial crisis, which is above all, and in its origins, of a doctrinal nature, a careful, sober and objective examination of recent official Church doctrine is indispensable and long overdue.
We are at present witnessing an awakening on the part of Catholics to the heterodoxy of the New Rite of Mass, of the Second Vatican Council, and of subsequent Papal teaching. The present volume will afford an important contribution to this uncovering of falsehood, in view of a return to Catholic Truth, in all its purity and power.
Proficiat ad Vitam Aternam! Amen.