Home/IHM Media - MP3 Downloads/Americanism, Modernism, and Socialism in the Light of the Modern Encyclicals - Douglas Bersaw [Mp3 CD]
15 of 106 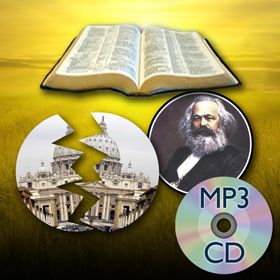 Douglas Bersaw provides a comprehensive course on the three fundamental errors of our own time: Americanism, Modernism, and Socialism. Every Catholic concerned about the state of the modern Chruch cannot have a full understanding of what's going on until he studies these three problems.

The lectures included are as follows:

1.)Course Introduction
2.)Testem Benevolentiae of Leo XIII
3.) Americanism Defined
4.) The Roots of Americanism
5.) Modernism Defined
6.) Pascendi Domenici Gregis of Pope Pius X
7.) The Mind of the Modernist
8.) Modernism: the Evolutionist Heresy
9.) Pius X and his Fight Against Modernism
10.) The Modernist and Apologetics
11.) Lamentabili of Pius X
12.) The Remedy to Modernism
13.) Introduction to Socialism
14.) Socialism; Course Conclusion