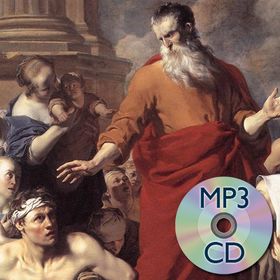 Br. Anthony Mary gives an excellent discussion of the second epistle of St. Paul to the members of the Church in Corinth.

This is one of numerous courses given over many years, from the late 1980’s until the new century began, by Mr. Bersaw.