Home/IHM Media - MP3 Downloads/Corruption of a Discipline: The Chimera of "Science" and Its Stranglehold on the Modern Mind (Dr. Robert Sungenis) [Mp3 Download]
35 of 106 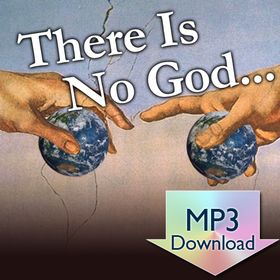 Robert Sungenis speaks about the group of men who have combined to form one of the powerful criminal syndicates that dominate our modern society. These men call themselves scientists, but they are actually a powerful clique of superstitious liars who have formed one of the most pernicious propaganda machines ever established, that promotes their own religions views that are implacably opposed to the creator and his right to reign over society.

The false principles, labeled ‘scientism’ by Dr. Sungenis, that dominate the thinking of most people today, are one of the large obstacles that discourage people from accepting the teaching of the Church on all issues, especially the issue of the Social doctrines. Combating these men and their destructive errors is one method of fighting for the reign of Christ the King in today’s world.