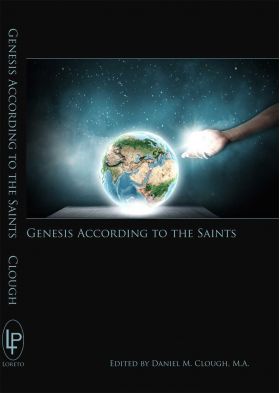 Author:
Daniel M. Clough
Pages:
264 pages
Binding:
Softcover
This author allows the Church Fathers to speak for themselves. There is no modern commentary, just page after page of quotes from the Church Fathers on the creation, Adam and Eve, etc. Clearly, the Fathers of the Church would have agreed with the ruling from the council of Lateran IV:
"God…creator of all visible and invisible things, of the spiritual and of the corporal; who by His own omnipotent power at once from the beginning of time created each creature from nothing, spiritual and corporal, namely, angelic and mundane, and finally the human, constituted as it were, alike of the spirit and the body (D.428)." If you believe in some version of theistic evolution, after reading this book you will realize that your views do not correspond with the Church Fathers nor the true one, holy, Catholic, and apostolic faith.
Verified Amazon Customer 08/27/2021, 06:18 PM
What a wonderful idea to compile the authoritative teachings of Saints concerning the Book of Genesis! Reading this book will help clear up all the confusion and make it undeniably clear that Genesis 1-3 is the true history of our beginning, as written by Moses under the divine inspiration of God the Creator.
Verified Amazon Customer 08/27/2021, 06:17 PM
Write a review