Home/History/Guillotine and the Cross, The
62 of 103 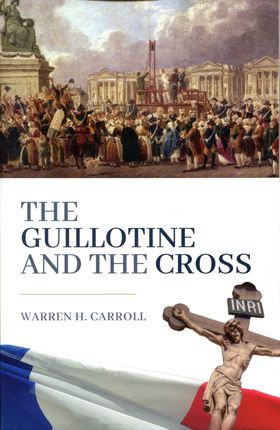 Never have you seen in print a book in the English language which captures so gloriously the triumphs of a chastised Church during the height of the French revolutions three year Reign of Terror. A nation which prided itself on being the Churchs Eldest Daughter had nearly lost the Faith in the wake of the Enlightenment of the eighteenth century. A just king, Louis XVI, and his pious queen, Marie Antoinette, went bravely and separately to the scaffold with a prayer for their enemies on their lips, while a howling mob of twenty-thousand deranged libertarians cheered on the regicide. Among the forty-thousand Catholic victims of the revolution were sixteen Carmelite nuns, who sang the Veni Creator Spiritus as they consummated the final stage of a heavy blades ravenous conflict with the Cross. In The Guillotine and the Cross, Doctor Carroll not only presents the dark side of the bloodbath, but the inspirational as well.