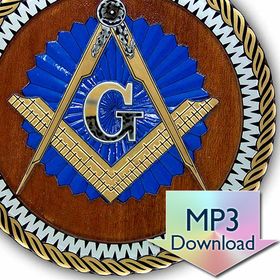 Douglas Bersaw gives a class on the history and influence of Freemasonry on the Supreme Court in the United States. One of the sources used for this class was the book by Paul Fisher entitled Behind the Lodge Door. This excellent book is an explanation of how the Masonic Lodges have affected this most important institution of our Republic. The entire history of the court is covered with particular attention paid to the latter half of the 20th Century and the influence of FDR and the modern "partnership" between the Masons and the Court.

Included is a list of all the Supreme Court justices from the founding of the U.S. nation.

1.) Introductory Remarks
2.) Introductory Remarks, pt. 2
3.) The Philosophy of Justice Oliver Wendell Holmes
4.) Freemasonry in the Early Days of the United States
5.) The Philosophy of Freemasonry
6.) The Snake in the Grass: Masonry in Different Forms
7.) The Beginning of Subversion
8.) Hugo Black and the Klu Klux Klan
9.) The Supreme Court and Education
10.) The Everson Case
11.) The Supreme Court and Its Powers
12.) The Masonic Control of the American Catholic Church
13.) Conclusion