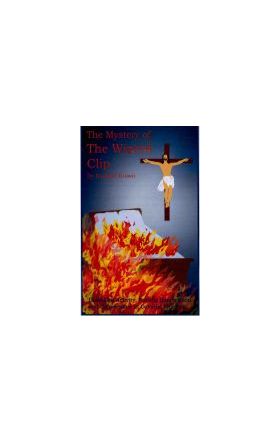 This tale is almost too strange for belief. It features a Russian prince, a Lutheran family, an Irish priest, several Protestant ministers, diabolical activity, traveling salesmen, and Colonial farmers, as well as delicate and intricate family relationships. It has all of the elements of an exciting Catholic novel...AND IT IS ALL TRUE! Don’t miss this wonderful story.

Adam Livingston was an honest and industrious Lutheran who owned considerable property in York County, Pennsylvania. Due to mysterious causes, however, his property began to diminish in various ways. For example, his barn burned down, and his horses and cattle died. As these losses continued, Livingston and his family decided to move. Therefore, early in the 1790’s, with his second wife and several children, he left Pennsylvania and migrated to the lower end of the lovely Shenandoah Valley, where he settled on a large estate located in the triangle formed by Charles Town, Martinsburg, and Winchester, all of which were then in the state of Virginia.

But there too, the same mysterious forces continued to afflict the Livingston household. There too, the cattle and horses died. Now the very house in which Adam and his wife and children lived seemed to have become haunted: at night they were kept awake by weird noises, such as loud knocks and rumblings as of galloping horses and wagons. Even in daylight their furniture would be suddenly banged about and their crockery smashed onto the floor by invisible hands. Chunks of fire rolled out of the beds across the rooms. At times the heads and legs of chickens and geese were seen to drop off suddenly. But by far the most sensational of these devilish afflictions was the strangely persistent clipping and cutting that attacked almost every piece of cloth and leather on the Livingston estate. Sheets, tablecloths, shirts, dresses, suits, and even leather boots and saddles, whether in use or locked up in closets, were skillfully slit and clipped into crescent shaped strips by invisible shears! The noise of the scissors clipping merrily away was distinctly heard on many occasions by different members of the family.

Soon the whole countryside was talking about the mysterious “Wizard Clip” at the Livingston’s place, which eventually came to be known as “Cliptown” — a name which is still in use locally.

After studying the bible and learning that the ministers of God had the power to cast out evil spirits Mr. Livingston began to ask the assistance of a number of those he knew, all protestant ministers of course. But it was not until he was finally prevailed upon to contact a Catholic priest, the good Father Dennis Cahill,  that good things really started to happen for the family.

With regard to the first type, Extraordinary Divine Phenomena; itis divided into those of the intellectual order, and those of the psychophysiological order.
a.) Divine intellectual phenomena may be either private revelations or charismas. The first type are chiefly for the benefit of the recipient, the latter are chiefly for the benefit of others.

Examples of private revelations are those received by Saint Joseph, Saint Paul and those received by Saint Theresa of Avila. To know true revelations, it is necessary to know the object, the effects, and the signs which accompany them. The church accepts no revelations except after long and careful investigation, and even then she does not force them on the faithful. With regard to charismas Saint Paul in the first Epistle to the Corinthians, Chapter XII, distinguishes nine.

b.) Psycho-physiological phenomena — such as affect both the soul and body, and which are more or less related to ecstasy. The principal of these are levitation, luminous rays, fragrant odors, prolonged fasting,and stigmatization. Th e diff erence between these and psycho-neurotic phenomena are found in (a) the persons themselves, (b) in the diversity of the phenomena (peace and rapture of the soul intimately united with God rather than convulsions, spasms, etc.) in the results, steady mental growth, increase in love of God, devoted service to neighbors.

With regard to the second type of Extraordinary Phenomena, i.e., Diabolical Phenomena, we may divide them into two classes:

With regard to obsession: This consists in a series of unusually violent and persistent temptations. It is called external when the temptations affect the exterior senses by means of apparitions, and internal when they stir up sensations or emotions. There are examples of obsessions among the saints, e.g., Saint Alphonsus Rodriguez, Saint Catherine of Sienna, Saint Francis Xavier, Saint Theresa of Avila, the Curé of Ars.

As to Possession: Two elements constitute possession; the presence of the devil in the body of the possessed, and the dominion exercised by the devil over that body, and through it over the soul. There are three principal signs by which possession may be recognized: Speaking an unknown tongue or understanding it when spoken by another; making known distant and hidden things; exhibiting a strength out of all proportion with one’s age and circumstances.

The special remedy is found in the exorcisms (formulas of prayer prepared by the church for priests delegated by their bishop in cases where the fact of possession has been ascertained).
Note: The foregoing is a synopsis of book III chapter III, The SpiritualLife by Adolph Tanquerey, S.S., Desclee & Co., Tournai (Belgium) 1932,pp. 700-726.

In A Companion to The Summa, Sheed and Ward, 1941, Vol. I, Page 425, Father Walter Farrell, O. P., comments: “Now and then, buy rarely, the devil makes a spectacular display by attacking men physically. Th is might be of great importance for advertising purposes, if the devil needed advertising; it has little importance from any other point of view. Three classes of these physical attacks have been distinguished by theologians, ascending to a climax of impotent fury. Th e first, called infestation, consists of an attack centering on the surroundings of man rather than himself; noise-making, throwing things about, breaking articles of furniture, mysterious knocks on doors and walls, and so on. It was this sort of thing that plagued the Curé of Ars night after night during the pitifully few hours he could set aside for sleep. Obsession, on the contrary, is a personal attack, but essentially an exterior attack directed to physical injury and so to be instilling of terror; in its effects, it does not go beyond the attack that any man might make on another by blows or kicks.”The phenomena of infestation, as described above, are usually known in modern psychical research as “poltergeists,” from a German term meaning racket-making spirits. According to the Encyclopedia Britannica, “cases of this kind have been recorded for many hundreds of years, and from all parts of the world.”

Sixteen centuries ago Saint Augustine narrated in his great work The City of God (Book 22 Chapter 8) the following case of infestation which strikingly resembles the first part of the story of the Wizard Clip: “Hesperius, a neighbor of ours, has a farm, and fi nding that his family, his cattle, and his servants were suff ering from the malice of evil spirits, he asked our priests, during my absence, that one of them would go with him and banish the spirits by his prayers. One went, off ered there the Sacrifice of the Body of Christ, praying with all his might that the vexation might cease. It did cease immediately, through the mercy of God.” Thus, pending a formal judgment of church authorities concerning the mysterious events known as the Wizard Clip, it would appear that the destructive phenomena may have been another example of infestation by poltergeists, which were in due time completely banished and exorcised by the celebration of a Holy Mass and by the prayers of a Catholic priest in the infested house.

The subsequent instructions and revelations by the invisible voice, on the other hand, may constitute yet another instance of divine extraordinary phenomena of the intellectual order, as outlined above, essentially similar in origin, nature and eff ects, to the mystical communications which are known to have occurred in the lives of countless saintly men and women during every century in the history of the Catholic Church. It is certainly of primary significance that the final result in this case was the conversion of a number of persons to the true faith.

Conclusion: Extraordinary Mystical Phenomena are by no means essential to the spiritual life, nor are they to be desired or sought after.

Charity is patient, is kind; charity doe not envy, is not pretentious,is not puff ed up, (is not ambitious, is not self seeking, is not provoked; thinks no evil,) does not rejoice over wickedness, but rejoices with thetruth; bears with all things, believes all things, hopes all things, endures all things.