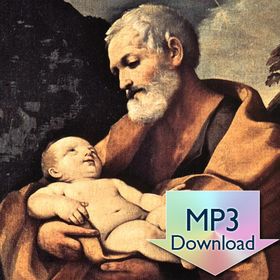 This talk by Gary was one of the best sellers from the 2004 St. Joseph Forum Conference.  It is not a devotional talk on St. Joseph, rather, Gary uses St. Joseph as the model of true virtuous manhood.  The word virtue actually comes from the Latin word “vir” for man.  A man who is not virtuous is simply not a man.

No one can deny that men now play a diminished role in their families.  But there are problems with manhood far more abundant than the semi-present fathers of the world.  There are problems caused by lack of virtuous manhood and feminist propaganda.

The fruits of such problems are:

Note to parents: The subject of homosexuality is covered in this talk because it is the extreme of manhood and virtue lost.  Gary speaks very tastefully on the subject but you may want to preview this tape before presenting it to your children.