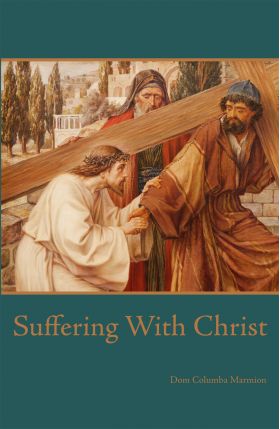 Abbot Dom Columba Marmion was born in Dublin, in 1858, the year that our Lady appeared at Lourdes, and he died on January 30, 1923. That is the Feastday of Saint Martina, and it was also on January 30th that two other great founders died. It was January 30, 1875 that the Abbot of Solesmes, Dom Prosper Gueranger, passed to his eternal reward, and also, on the same day in 1978, that Father Leonard Feeney, who had a great devotion to both Abbots, departed from this vale of tears.
The substance of this book was gathered together by Dom Raymond Thibaut and originally published in 1941. The material was taken from the three great spiritual classics of Dom Marmion: Christ, the Life of the Soul, Christ in his Mysteries, and Christ, the Ideal of the Monk, all published shortly before his death.
Rarely will one find such great spiritual treasures as are contained herein, except from other masters of the spiritual life, such as St. Francis deSales or Saint John of the Cross.

Author:
Abbot Dom Columba Marmion
Pages:
280
Binding:
Softcover
Abbot Marmion's "Christ" books (Christ the Ideal of the Priest, Christ the Ideal of the Monk, Christ the Life of the Soul, etc) are incredible, insightful volumes of spiritual wisdom. This volume is, as the description says, an anthology which samples from each to provide a single volume of Marmion's thoughts on the Suffering of Christ and our good reason to suffer with Him.
Verified Amazon Customer 08/27/2021, 06:33 PM
Write a review