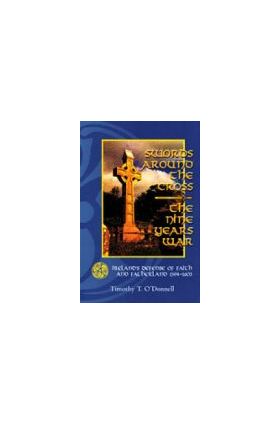 Ireland, in its halcyon years, was commonly called the land of saints and scholars by a grateful Christendom. And, although the emerald isle, like other Catholic nations, had not only its peaks of sanctity but its lows of spiritual tepidity (as we see manifest everywhere today), the land of the Gaels has rarely, if ever, been without her martyrs. Be it at the hands of pagan Viking marauders, Puritan savages or the rapacious imperialists of perfidious Albion, Ireland has drunk from the Lord’s chalice deeply and often. This stirring account of a very crucial period in Irish history was written by historian Timothy T. O’Donnell, a worthy son of the illustrious O’Donnell clan, who now serves as president of Christendom College. With that Catholic reverence that only a filial piety nurtured in the holy Faith can generate, the author brings to life a somewhat obscure slice of Irish history that ought to stand out prominently in the annals of heroic struggles against draconian injustice. This is the story of the Catholic uprising of the three Hughs: Hugh O’Donnell, Red Hugh, his valiant son, and Hugh O’Neill, Earl of Tyrone, master dissembler and cunning diplomat, whom Queen Elizabeth preferred to call "Beelzebub." Beginning in 1595, the war for liberty and the reign of Christ the King grew in strength victory by victory, such wise that by 1599 all of Ireland was ruled by native Irishmen as an independent Catholic Kingdom. It was to be a short-lived independence ending with the pathos of the "Flight of the Earls" in 1603 and the toxic murder in Spain of Red Hugh, "the son of prophecy," by an English spy. The battle cry of the mighty warriors of "The O’Donnell," Red Hugh, may now be silent, though not ever silenced: "Papa Aboo!" (The Pope to victory!) For in Gaelic hearts "the visible King" of the isle will forever be the Vicar of Christ.