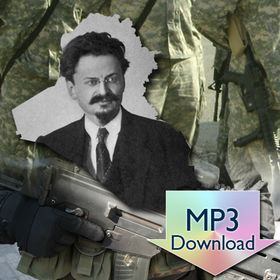 Daniel McAdams, who has spent over 20 years working in foreign policy affairs both abroad and on Capitol Hill, discusses current American foreign policy initiatives. He speaks of the currently ongoing Global Democratic Revolution in its various incarnations in such places as Hungary, Serbia, Albania, Georgia, Kyrgyzstan, Tunisia, Egypt, and other places around the globe. This effort on the part of the United States government to create a one-world “democratic” revolution owes its current successes to the groundwork laid by the National Endowment for Democracy (founded 1983) and the anti-Stalinist Trotskyites who have controlled the Republican party since the 1970’s and who have also had the Democrat party under largely under their control here in America for many years.

This talk will inform the listener about some of the little known effects and goals of the American Empire’s messianic and destructive foreign policy.