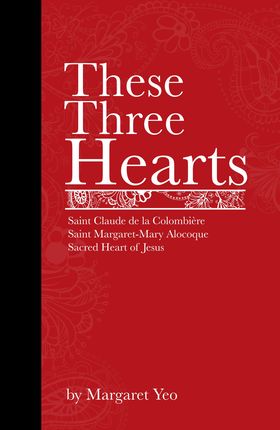 These were the words spoken to St. Margaret-Mary on Friday, June 21, 1675 by Our Lord as she received Holy Communion from the hands of St. Claude de la Colombière, just after they had knelt together before the Blessed Sacrament and dedicated themselves to serve the Sacred Heart.
This was not the first time, nor the last, that Our Lord had spoken to her. Indeed, most of her life was lived in constant and intimate communion with the Sacred Heart of her spouse. The first time she laid eyes upon St. Claude Our Lord told her, “This is he whom I have sent you. He is My faithful servant and perfect friend.”
This book, unlike others about St. Margaret-Mary or the revelations of the Sacred Heart, contains the full story of St. Claude’s life and the role that he played in hers and in the task of “making known” the Sacred Heart and the promises made to those who live and promote that devotion.

Preface
by the General Editor

Margaret Yeo, distinguished English biographer of St. Francis Xavier, St. Francis Borgia, and St. Charles Borromeo, has added to the list of notable volumes from her hand this crowning work whose center is the God-Man revealing the treasures of His flaming Heart to men, amid the coldness of these later days. To right and left of Him, by divine election, stand St. Margaret-Mary and Saint Claude de la Colombière: one, the confidante of His most intimate desire to be loved by men; the other, His chosen apostle to make known the value and the merits of devotion to the Sacred Heart. Such, in brief, is the motif of this book.
Special attention has been devoted to the life of Saint Claude de la Colombière. The reason for this is that no book has hitherto appeared in English which contains the more recent historic findings in his regard. These are now completely supplied in the narrative of him interwoven throughout this volume. It is with him, therefore, that the author begins, giving in full detail the account of his boyhood and the record of his fascinating and brilliant career up to the time that he meets Sister Margaret-Mary Alacoque. “This is he whom I have sent you,” Christ whispered to her soul.
Once more the course of time is reversed and we read the beginnings now of her own thrilling and eventful story, from her playful, romping girlhood days, to the mystic trysts of Heaven with her soul, and the demands made on her in the seemingly impossible task imposed in our Lord’s direct and insistent revelations to her. “A tragic face,” the author says, describing the first impression of her countenance on Claude de la Colombière, “a transparent mask for a burning fire within.” Faced by suspicion and distrust from without, haunted by uncertainty within, hers truly was a tormented soul, though firm and inflexible in her fidelity to the thorn-crowned Christ.
But now Providence had prepared the man destined to make possible for her the realization of all that our Lord demanded of her. Hers it was to receive the divine mandates and messages; his, to direct her soul discerningly, and to carry abroad into the outer world that devotion of love and reparation whose promulgation and universal practice was so ardently desired by the burning Heart of Christ. In pulpit, in classroom, in the court of princes and the hovel of the poor, he made known the gift of God, the plenitude of graces and of favors to be drawn from the Source of Love, the wounded Heart in the Savior’s opened side.
True to the end, Claude de la Colombière remained what our Lord had announced him to be to Margaret-Mary: toward Christ, the “faithful servant”; toward her, the “perfect friend.” The title of the book is taken from Christ’s own words spoken to Margaret-Mary as she approached one day to receive the Holy Eucharist from the hands of Claude de la Colombière. It happened shortly after they had jointly consecrated themselves, before the Blessed Sacrament, to the perpetual service of the Sacred Heart. Symbolically our Lord now showed her His Heart as a burning furnace, in which were immersed two other hearts. They were the hearts, as she well understood, of Father Claude and Margaret-Mary.
“Thus,” He vouched to her, “My pure love unites forever these three hearts
Joseph Husslein, S.J., Ph.D.
General Editor, Science and Culture Series St. Louis University
CONTENTS
Chapter I  Faithful Servant
Chapter II  Rudiments
Chapter III  Humanities
Chapter IV  Southward
Chapter V  The Potter’s Wheel
Chapter VI  City of the Popes
Chapter VII  Midstream
Chapter VIII “Betwixt Two Worlds”
Chapter IX  Sic Transit
Chapter X  “Poor Butterfly”
Chapter XI  “Into a Solitude”
Chapter XII  Paray-le-Monial
Chapter XIII The Chosen Soul
Part Two
Chapter XIV The Beginning
Chapter XV  “Sine Dolore”
Chapter XVI Continual Warfare
Chapter XVII “Subject to Vanity”
Chapter XVIII “Port After Stormy Seas”
Chapter XIX Blank Canvas
Chapter XX  Portrait
Chapter XXI Heart to Heart
Chapter XXII “Passing Like the Wind”
Part Three
Chapter XXIII King’s Messenger
Chapter XXIV Children of This World
Chapter XXV “In a Desert”
Chapter XXVI Harvest
Chapter XXVII Gathering Storm
Chapter XXVIII  “We Are Able”
Chapter XXIX The Land of Crosses
Chapter XXX Green and Pleasant Land
Chapter XXXI Silver Cord
Appendices
Appendix A: The Three Great Revelations
of the Sacred Heart
B: Bibliography
Notes