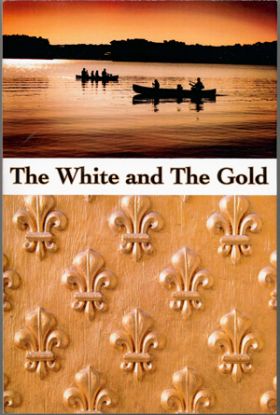 Thomas B. Costain was a Canadian journalist and author who became a US citizen in 1920 and rose to international fame in the 1940s as a historical novelist and author of such works as The Silver Chalice and The Black Rose. The White and the Gold was one of his best works and is not a novel, but rather a history of the founding of New France from its discovery in 1497 until the early 1700s when the war with England for the domination of New France began in earnest.

Although this is a factual history and not fiction, the writer has applied the arts of stylistic narrative that he practiced so well as a novelist and the result is a book that will capture the attention of the reader from the first pages and hold it until the end. Indeed, the characters who founded and built a Catholic civilization in the wilderness of North America, both saints and sinners, who are the real subject of this work are so colorful and majestic in their lives and exploits as to be anything but the object of intense interest and sympathy on the part of the reader.

This is one of the finest works of historical scholarship that we have ever read, and Loreto is pleased to make this great work available once again sixty years after its original publication and almost 500 years after the first serious explorations of New France began.