Home/History/A Catholic Witness in our Time - A Festschrift in Honor of Dr. Robert Hickson
3 of 71 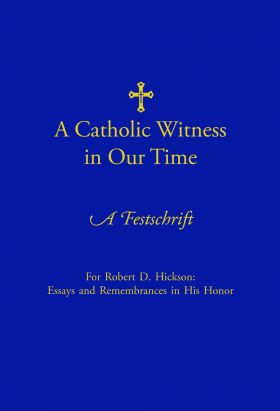