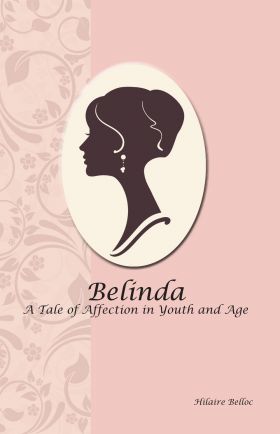 Joseph Hilaire Pierre René Belloc, 1870-1853, was born in France of a French Catholic father and an English protestant mother. His mother later converted under the influence of Cardinal Manning, a good friend and mentor of Hilaire. His only sister, Marie Lowndes, was a fairly well-known writer like her brother Hilaire. Belloc’s father died young, leaving his widow in dire financial straits with two young children to support. They moved to England, and they settled in Slindon, West Sussex, where Belloc lived for most of his life.

In 1906, he married Elodi Hogan, from Napa California. Their brief but ecstatically happy marriage ended with her death in 1914, after she had borne him five children. He never remarried, and he wore mourning for the rest of his life.

This beautiful and precisely chiseled, almost fairy-taleish narrative, subtitled A Tale of Affection in Youth and Age, must certainly have been a poignant reminder that he himself had, by the inscrutable providence of God, been granted that deep measure of affection in his youth that is so idealistically pictured in Belinda, but denied that affection in old age that is equally well-depicted.

This brief novel of human love and affection idealized is a delightful and cheerful reminder that indeed, life can have its moments of beauty, if even only as a foretaste of the delights promised to those blessed with the grace of perseverance unto salvation.