Home/IHM Media - MP3 Downloads/Law in the Ruins: Good Americans and Bad Catholics in a Time Near the End of the Law (James G. Bruen Jr., Esq.) [Mp3 Download]
53 of 106 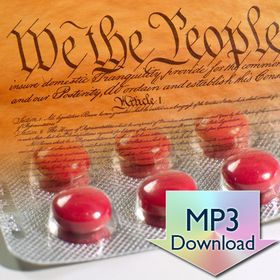 Drawing from several examples in the past century, James Bruen asserts that Catholics (at least those who are not fighting contrary to Church teaching), have been selling themselves short by fighting the battle for morality on the plane of civil rights instead of the plane of the natural moral law.

He argues that the Church in America focuses not on morality but on lobbying and on coalition building and on lawsuits, but the Obama administration wants to focus on contraception. Why?

James advocates strongly for the education of the Church militant—both clergy and laity alike—so that they can stand and fight cohesively the battle to uphold morals in society. The strategy of Catholics in America is wrong-headed and we must rectify this weakness in order to do our duty as Catholics and as good Americans. We can only be good Americans IF we are first and foremost good Catholics.