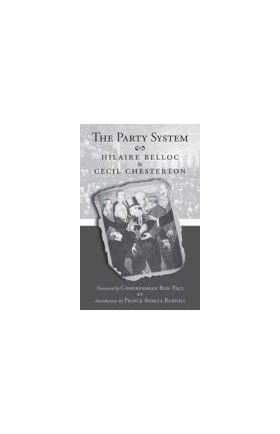 The Party System, co-authored by Hilaire Belloc and the brother of G.K.C., is a frontal assault on parliamentary democracy. The authors favor representative government but argue convincingly that modern Parliaments and Congresses are the antithesis of true representation. Bearing out what is illustrated by the current political paralysis on almost every important social question from war to poverty to finance, this book reads like it was written as an answer to todays problems. A welcome breath of fresh air. Forward by Ron Paul, Introduction by Sforza Ruspoli.